WHAT IS STAR ANISE?

What is star anise?

Star anise is the seed pod from the fruit of the Illicium verum plant, an evergreen shrub native to Southwest China. The star anise pod, which is shaped like a star (hence its name), has an average of eight points, each containing a single pea-sized seed. Both the seeds and the pod are used in cooking and contain the sweet, potent anise flavor. Star anise is sold whole and ground.

What Is Star Anise?

Star anise is used in culinary applications for its distinct flavor but is also employed for its medicinal benefits. It is grown in China, Indo-China, and Japan and sometimes referred to as Chinese star anise. Star anise is a pillar ingredient in Chinese cooking; it is one of the main flavors in Chinese five-spice powder and is also used to make tea and season roast duck and other meats. In Vietnamese cuisine, star anise is part of the well-known soup, ” Phở” . In Western cultures, it is more often used to flavor liqueurs, such as absinthe, sambuca, and pastis, as well as baked goods like cookies and cakes. 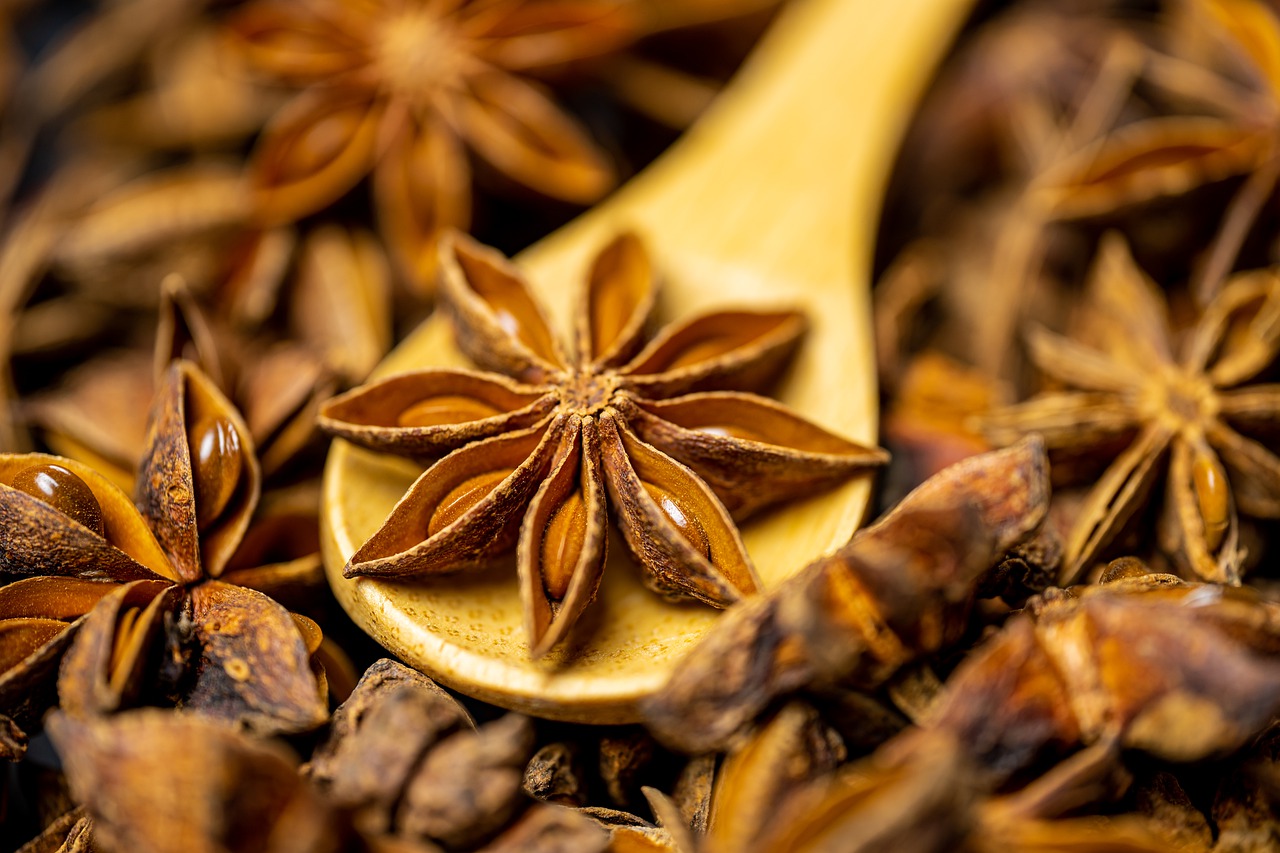 The star anise pod is picked before it ripens and then dried in the sun, turning it a deep brown or rust color. The distinctive flavor is derived from anethol, the same oil found in anise seed giving both a licorice taste.

Star anise and anise seed are often confused with each other due to their similar taste and name. However, these two plants are not from the same plant family—star anise is from the magnolia whereas aniseed is from the parsley family. The seeds also differ in appearance; star anise seeds are larger and a dark reddish-brown color while anise seeds are smaller and look more like fennel seeds.

It is also important not to confuse star anise with the Japanese star anise, Illicium anistatum, which is highly toxic and must not be consumed. It is often burned as incense. Star anise originated in southern China and has been used as a medicine and spice for more than 3,000 years. During the late 1500s, star anise came to Europe via an English sailor and soon after was traded along the tea route from China through Russia. Because of its sweet flavor, star anise was mainly used in jams, syrups, and puddings and later substituted in commercial drinks for anise seed. 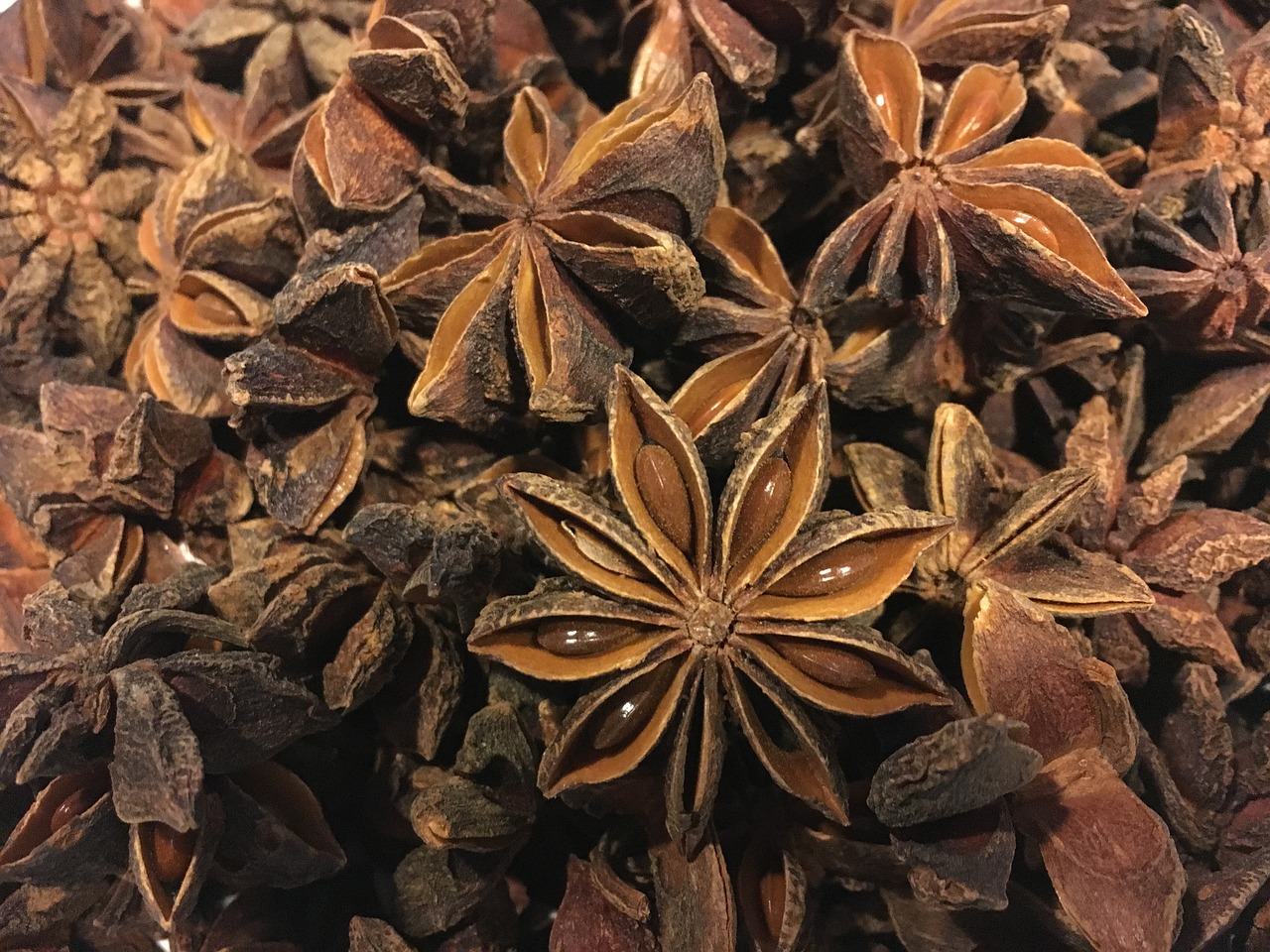 Whole and ground star anise are used differently in cooking. The whole pods are added to braised dishes, soups, and stews to infuse flavor and are removed at the end of cooking. Ground star anise powder is used similarly to other ground spices. Powdered star anise begins to lose its flavor shortly after it is ground up, so the best method is to buy whole star anise and grind it as needed. The pods and seeds can be ground together. 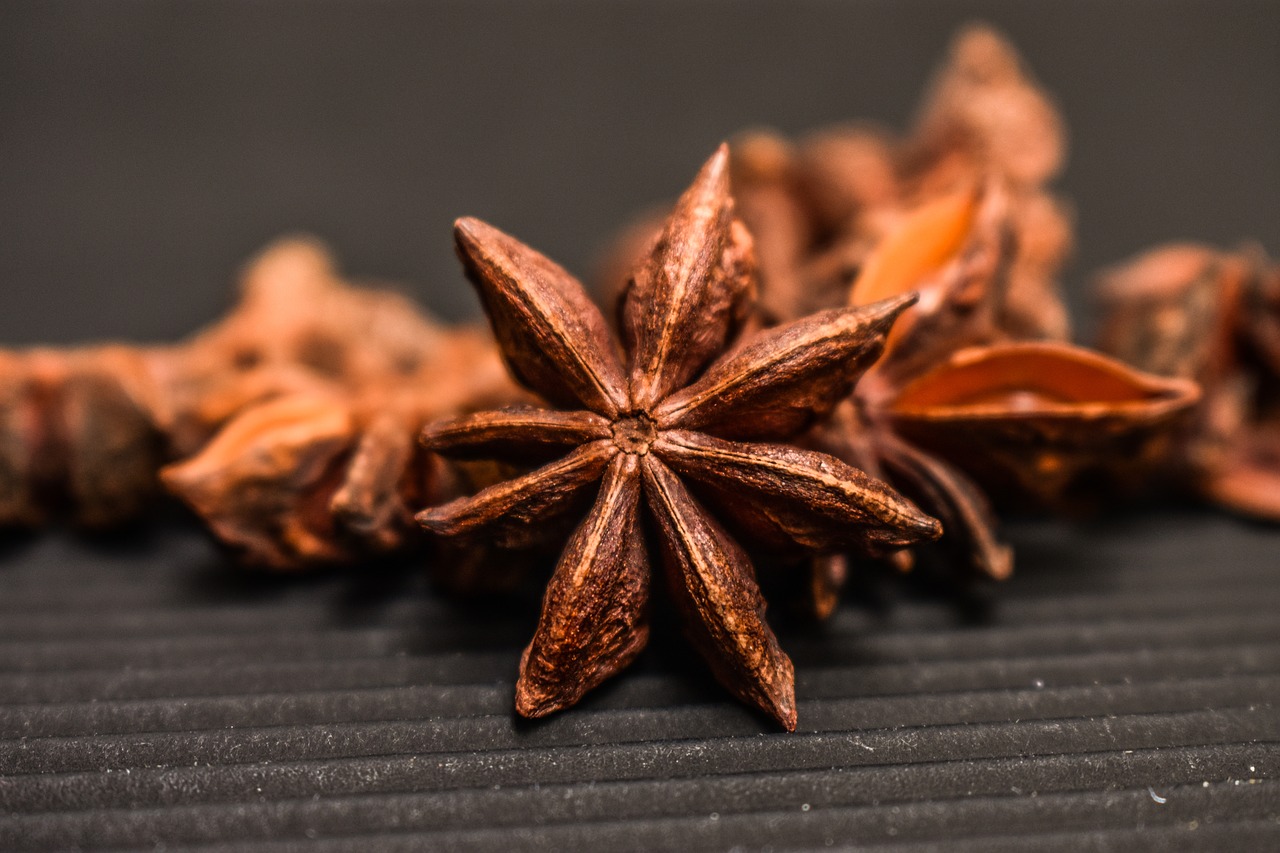 Star anise has a very strong, distinct flavor that is warm, sweet, and spicy, similar to licorice, fennel seed, clove, and anise seed, of course. Although the flavor of star anise is generally thought of as sweet, it is commonly used in savory dishes; it pairs well with citrus, onions, poultry, beef, cinnamon, nutmeg, and ginger and should be used in small quantities.